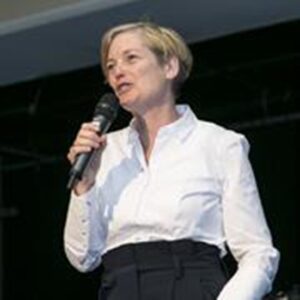 Incredulity and Alarm: Some Philosophical Reflections on the Justice for Magdalenes Campaign

The title of this talk is taken from Wisława Szymborska’s speech on acceptance of her Nobel Prize for Poetry. Szymborska claims that philosophers and poets both face ‘incredulity & alarm’ when they reveal their profession in answer to that question from a new acquaintance: “What do you do for work?” Her comparisons between the professions of philosophy and poetry are a touchstone for this paper. In particular I take seriously her praise for the vitality of the phrase “I don’t know” which she regards as central to the work of poets and philosophers.

I also draw on the work of Pierre Hadot and Eve Kosofsky Sedgwick to assist me in reflecting on the work of the Justice for Magdalenes Campaign, of which I was one of five members. The campaign ran from 2009 and successfully concluded in 2013 with a State apology and restorative justice redress scheme. This paper has allowed me the opportunity to reflect on the different demands between advocacy a

nd academic work, as well as the differences between philosophical thought and social research with its related public-facing commentary. I offer some closing thoughts on how philosophical work facilitates the ‘vitality’ that Szymborska finds necessary in navigating the public world, by demonstrating how a philosophical approach led me to both recognise and reconcile at least some of the ethical dilemmas raised in my involvement with the Justice for Magdalenes Campaign.

Assoc. Prof. Katherine O’Donnell researches and lectures in the History of Ideas and feminist & gender theory at the School of Philosophy, UCD. She was a co-founding member of the Irish Lesbian and Gay Archive and is a member of the Justice for Magdalenes Research group, which was instrumental in having the State issue apologies to the women of the Magdalene Institutions and in successful lobbying for the Magdalene Redress Scheme. She researches and publishes also in the history of gender, theories of justice and has a particular interest in the life and work of Edmund Burke.